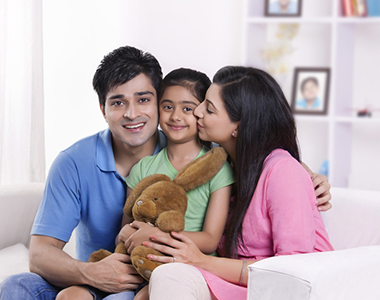 Switch on a better quality of life

Eshant, Rohan and Nikhar share their insights on living healthy and active lives.

Eshant, a competitive swimmer, was diagnosed with Type 1 diabetes after experiencing fatigue. Since being on insulin pump therapy, Eshant’s health has improved and he is able to train more than ever.

“The insulin pump is the first choice. No injection or therapy is as good as a pump. It has helped me follow my swimming dream.”

Rohan,a professional dancer, was diagnosed with Type 1 diabetes when he was 11 years old. In 2007, Rohan turned to insulin pump therapy and has had more control over his dosages and flexibility in life ever since.

"The pump helped me boost up my confidence as a person and as a professional dancer. It’ll be your best friend. It’s like a friend who helps you live. It’s got me very free. Sometimes I forget that I’m a diabetic."

See how an insulin pump helped Priya and Ayush manage their diagnoses.

Using insulin pen treatment, both Priya and her daughter experienced poor glucose control with HbA1c levels above 13. Priya’s doctor recommended her daughter use an insulin pump instead of injections. After seeing the improvement in her daughter’s health and happiness, she decided to also go on insulin pump therapy.

“I wish I had given my daughter the pump earlier and maybe even I would have been able to handle my diabetes easier if I had got the pump earlier. It has had a huge impact on our lives.”

Initially, Ayush was prescribed 4 insulin injections per day, but had difficulty following the dosage and his meal schedule. This lead to Ayush experiencing unusual weight loss, excessive thirst and fatigue.

Mridula experienced hypoglycaemia, frequent fluctuations in her blood glucose levels and was hospitalised at least once a year. She finds the insulin pump fits well into her active and hectic lifestyle.

"Now, going to parties with my family and friends, working out in a gym, enjoying weddings and functions is no more a dream. My life has become worriless with the insulin pump.”

When she wanted to start a family, Aarti decided to change from insulin injections to insulin pump therapy. Aarti and her husband conceived twins and experienced no complications during the pregnancy, with the pump keeping glucose fluctuations at bay.

"I'd recommend the insulin pump to all diabetics, especially parents hoping to conceive because the biggest gift you can give your baby is good health. The pump has been the best decision of my life."

CARING FOR A CHILD

Fewer injections and easier management help family to care for children with diabetes.

Ankita was diagnosed with Type 1 diabetes in 2009 when she was 9 years old. After being on medication and insulin injections with frequent highs and lows, Ankita switched to insulin pump therapy.

“The burden of injections is gone. We are stress-free and do not need to worry about her. As parents it is our job to make sure she is healthy and safe. Thankfully, the insulin pump makes it a lot easier for us. It has made her a happier person. ”

“It is a boon for people with diabetes. If not for the pump, my son would not be able to maintain perfect blood sugar levels.”

Browse our range of products to help you find freedom, flexibility and control.

Gain a better understanding of your Medtronic Diabetes products.

You’ll find all the answers to the most common questions right here. If you still can’t find what you need, please contact our customer service operators.

3 Ways to Get started

connect with our community

2 ways to get started